Written and captured by Brian Fulda

We know how different the Light L16 can feel for new users, so we’ve compiled a series of best practices for shooting with this radical new device. As you develop your own style of L16 photography, we’d love to hear what tricks you find useful when shooting. Feel free to share them with us on any of our social channels. 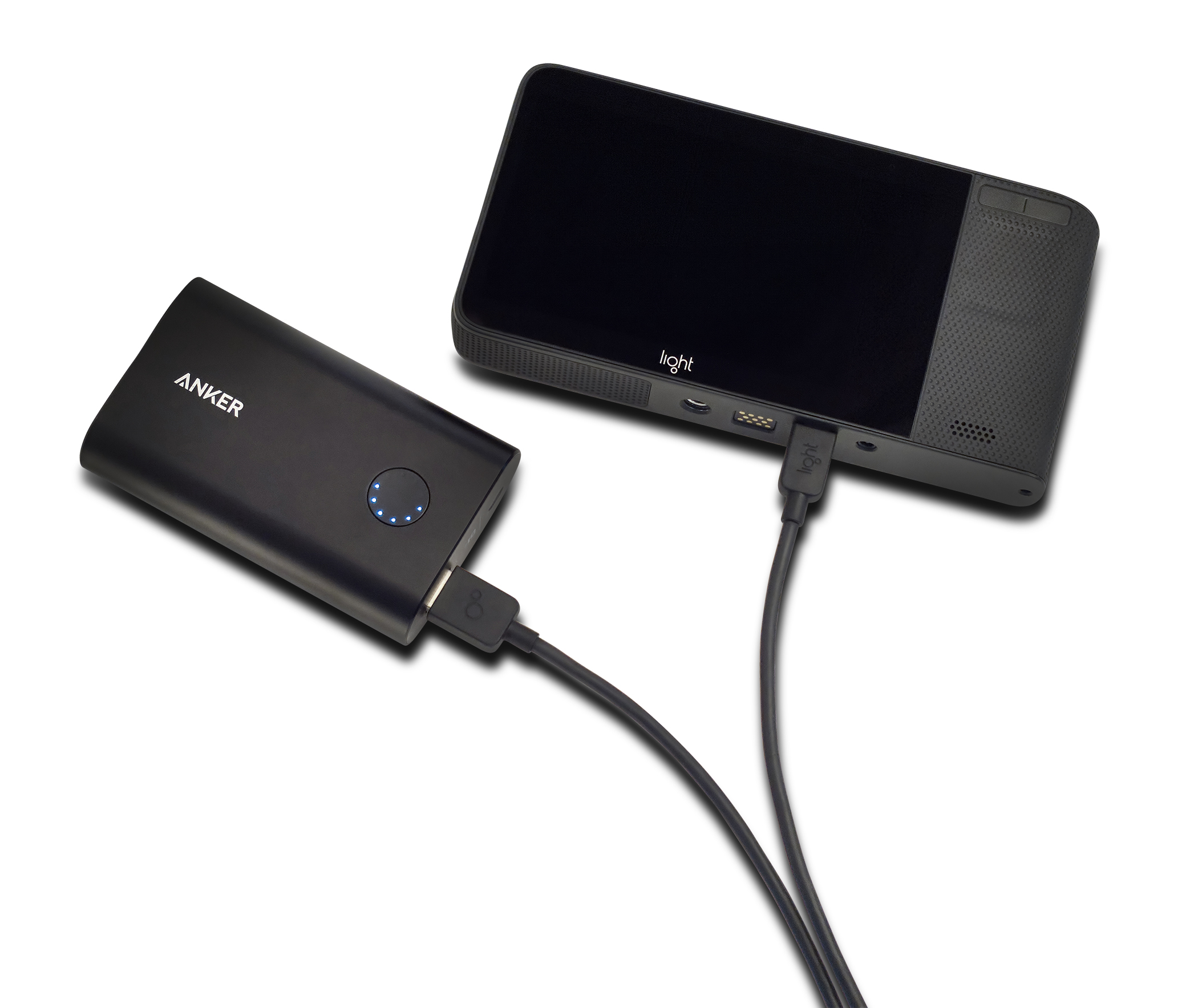 First and most importantly, make sure your camera is using the latest software.

Make sure your Light L16 is fully charged if you’re planning to shoot for several hours on end. Though the camera will store 1200+ images, the battery will only last for about 450 shots. If you plan on being away from a power outlet for awhile, bring a portable battery with your Light USB-C cord so you can charge on the fly.

It’s also a good idea to clean the front glass with a microfiber cloth so it’s smudge-free. Included in the box with your L16 is a camera pouch. If you reach inside the pouch, you’ll find a built-in microfiber cloth for cleaning on-the-go.

While you’re out shooting...

Watch out for camera shake

Nobody likes blurry images. To avoid them, try to hold the camera still when pressing the shutter button. The further you zoom, the more susceptible you are to camera shake and the blur that comes with it. If you’re shooting in manual mode, we recommend using the 1/focal length rule and then doubling that number. For example, if you're shooting at 50mm, you should set your shutter speed to be 1/100th of a second.

Pro-tip: Don’t be afraid to lock your elbows against your body, lean up against a wall, or place the L16 on a level surface to give yourself that extra stability. The absolute best way to ensure you get super sharp photos, however, is to use a tripod and the L16’s self-timer feature.

Though it takes a little getting used to, it’s extremely helpful to understand the L16’s variable resolution. Put simply, your final photo’s resolution will vary depending on what focal length you shoot at. If you’re shooting at 150mm, you will end up with a 13-megapixel image, our lowest resolution. That’s not to say that great images can’t come out of the L16 at that resolution, but if your shot’s composition allows it, you’re much better off shooting at focal lengths that produce the best resolution (52 megapixels), which are 35mm or 75mm.

The reason for this variability is complicated—so much so that we have a whole article dedicated to explaining it.

To focus your L16, tap your subject on the touchscreen. Once the white circle turns blue, your subject is in focus. You can also half-press the physical shutter button to achieve focus—but just make sure not to lift your finger up off the shutter before pressing it all the way down to capture.

At the moment, the L16 does not track focus continuously, which means that if you step forward or backward after focusing, your subject will no longer be in focus. This may be confusing if you’re used to your smartphone’s camera (which refocuses constantly), so when using the L16, remember to focus early and often.

We have a great article dedicated specifically to learning more about focus. Check it out. 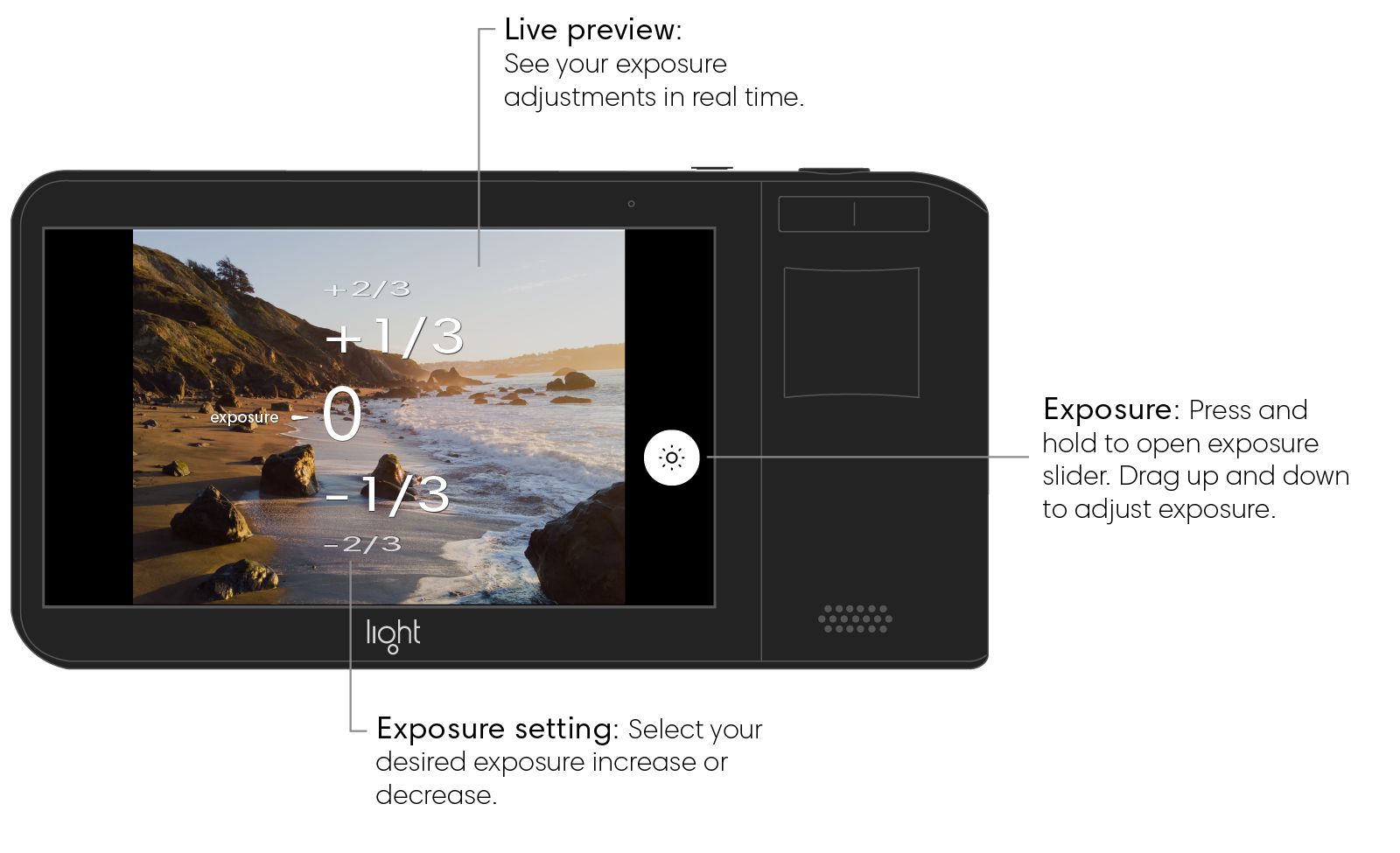 Expose for the highlights

Generally speaking, it’s best to expose for the highlights in an image to retain more detail. There are two ways to do this. If you’re in Auto mode, drag the Exposure Value slider

down to at least -⅓ or -⅔. If you’re shooting in manual mode, make sure you’re using a higher (faster) shutter speed like 1/1000th during the day. If the sky looks white, lower your shutter speed or ISO until you can see the clouds distinctly. The photo may appear slightly darker on the live preview screen, but when it’s time to edit your photos, you'll be able to raise the shadows back to normal. We recommend taking a couple of extra images at different settings (i.e. one darker, one lighter) and you can choose the best one after seeing them in Lumen.

As with all cameras, the photos on the L16’s screen aren’t as detailed and don’t have as much information as the full-resolution images you see in Lumen. To see more detail (and check focus), open the gallery and tap on an image, then hit the process button

. This will fuse together 5 of the 10 total images, boosting resolution to 13 megapixels.

The L16’s exposure metering is set to center-weighted metering by default. While this is great for most everyday shots, we recommend switching to touch-weighted metering when there’s a lot of contrast to capture in your scene. 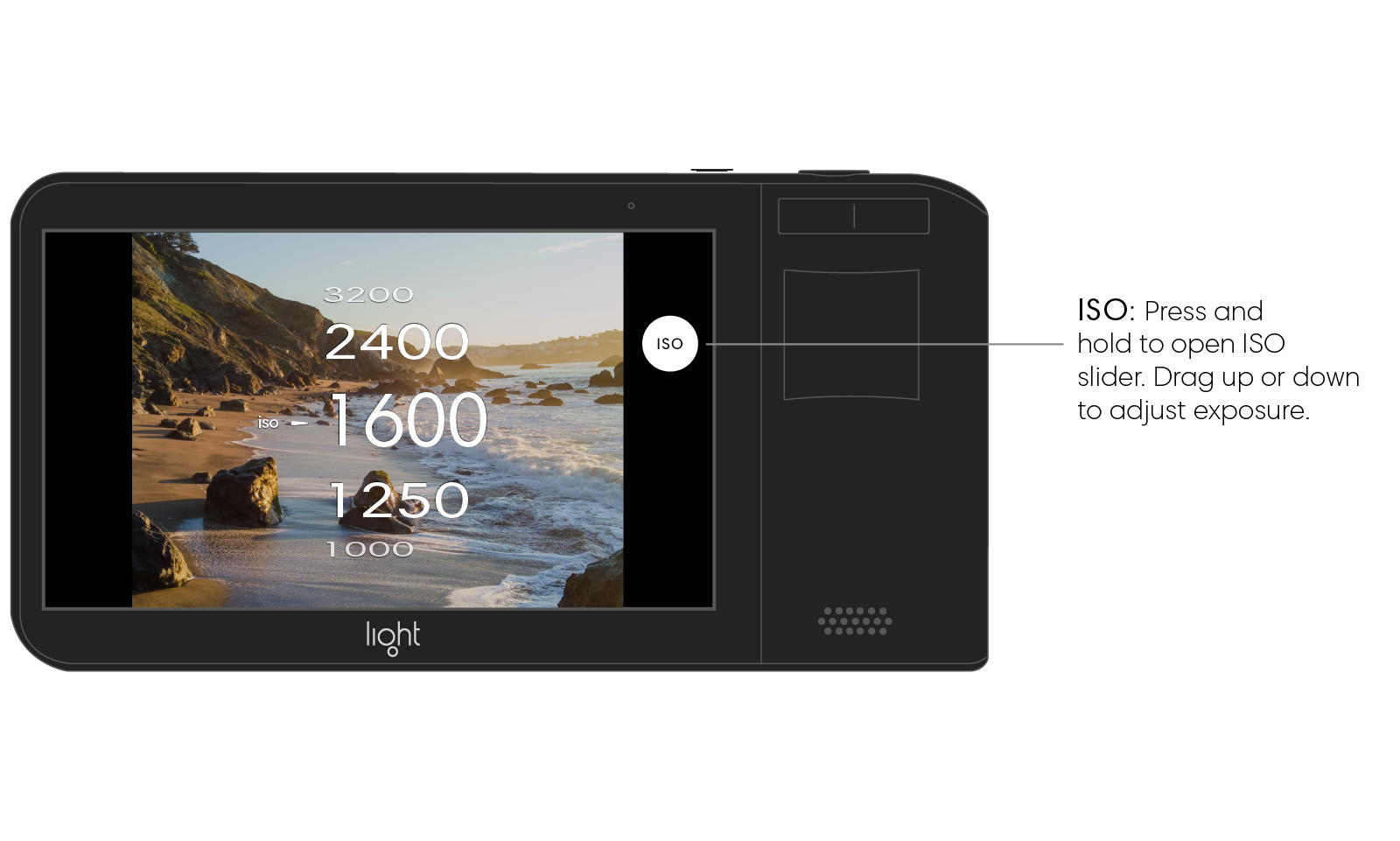 In general, it is best to take photographs at a lower ISO. This helps reduce noise, the fine, grain-like distortions that can cause most low light images to break down. In auto mode, the L16 sets the ISO for you (see it on the left side of your screen). When you’re outdoors during day, you won’t need to think about ISO too much. In dim to dark situations, you’ll need to be more conscious of it. You may find that the ISO is automatically raising to 1600 or 3200—the maximum setting on the L16. That will leave you with a lot of unwanted noise in your image, so we recommend switching to manual mode and choosing a longer shutter speed, like 1/60th instead of 1/120th of a second. This will allow the camera to gather more light (since you’re exposing for longer), which, in turn, will let you to set a lower ISO setting.

Sorry about that! How can we make it better?

Note: If you'd like a member of our support team to respond you, please instead send an email to hello@light.co.

Thanks so much for your feedback!